We replace rusted pipes in Fresno

Lately, the city of Fresno’s struggle with rusty and corroded piping in the northeast section of the city has come to the forefront in the news, although the problem has been around for quite a while. If you haven’t been following this story, here’s the issue: a water chemistry issue caused by a new water treatment plant coming online in the mid-2000s led to corrosion within the pipes of some homes in Fresno, particularly in the northeast section of the city served by the plant. As a result, some of these homes are having rust-colored water that comes out of home faucets and water fixtures. This has particularly been a problem for older homes but can also impact more-recent builds with galvanized iron pipes.

This is an unfortunate and complex issue, and legal arguments between the city and homeowners are still unfolding. However, experts have confirmed that the discolored water is coming from home piping itself, not the water supply. Corroded by the changes in tap water chemistry, the galvanized iron pipes are now leeching rust and other contaminants into the home’s water. In many cases, the only way to remove the problem is to partially or completely re-pipe the home, since part of the problem is that the pipes used in construction are themselves at fault.

What are some signs that my pipes have been affected?

Typically, the first sign that your pipes are having problems is that the water coming out of the faucet is rust-colored, mud-colored, or the color is otherwise distorted in some way. This coloration may be minor, and it might only be able to be seen when filling something large with water, such as a bathtub.

According to this article, there are two common factors in all the rust cases. First, that the homeowners had galvanized iron pipes and, second, that their water came from the city’s northeast treatment plant. If you aren’t sure if your home’s plumbing has been impacted, give the City of Fresno a call. They’ll help you find out if nearby homes have been affected.

That’s still a matter of debate, and it really varies from house-to-house. In most cases, the impacted water is safe to drink and use for daily tasks, such as showering and bathing. But, in other cases, the water is running clear, but still showing levels of lead that are up to eight times the acceptable limit. Again, this is lead that is coming from the pipes themselves, as the city’s water is testing clean. This means that each house may have a different level of exposure, even when compared to neighboring homes.

What are my options, and how can Allbritten help?

Some homeowners are waiting to see what the city will do, and what impact—if at all—pending litigation might have. In the meantime, impacted homes have several different options. The City of Fresno says running the tap for two minutes can flush out any settled contaminants. If certain components of your home’s plumbing system have shown sides of corrosion, our company can replace them.

Another option is to have Allbritten replace all the galvanized piping in your home with a different type of corrosive-resistant piping, such as PEX or copper. This may seem like a big step, but it may be the only way to be completely sure that galvanized pipes won’t continue to corrode, particularly because some reports have noted that some of the pipes used in construction in the 1990s were cheaply made, with a thin protective layer that has since been corroded by the aforementioned change in water chemistry.

If you do feel like you need to have Allbritten replace either a section of the piping in your home or all the piping in your home, give us a call today. We’ve been serving Fresno families with exceptional piping services since 1932. As a trusted, local company, we’re the best choice for effective pipe replacement. Contact us to learn more about this service and to get an estimate for such a project.

If you have further questions about this issue, we recommend calling the City of Fresno’s Public Utilities Department at (559) 315-1559. They can provide you with more information and water testing, as well as advise you on the best way to avoid drinking water with corroded material in it. 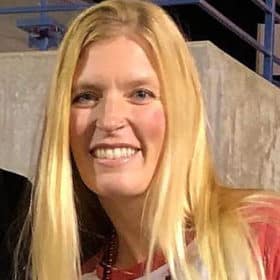 Both central HVAC and ductless mini-split systems can effectively cool your home. However, one of… View Article Read More

How to Replace Heating Elements in a Standard Water Heater

What is the water heater pressure relief valve?

Whether your water heater is natural gas, propane gas, or electrically powered, all makes, and… View Article Read More